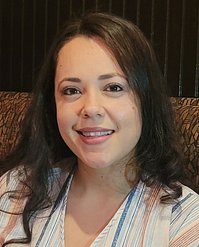 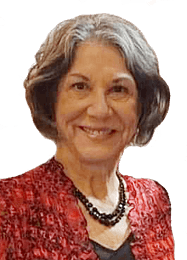 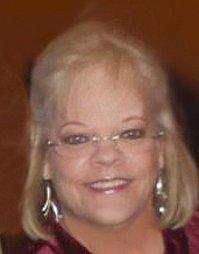 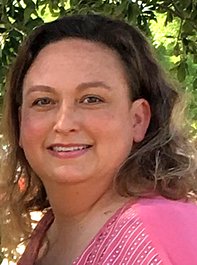 Melissa began serving in the nursery of Calvary Church in 2013.  She loves teaching the 2 and 3-year old classes every weekend and Wednesday and interacting with the children. In 2016 she became part of the core group with a ministry called Loving Our City through Calvary Church. The group goes out into the community and demonstrates the gospel.

Melissa.3 loves being involved with many and varied aspects of serving her fellow man from feeding the homeless to playing bingo at senior living homes.  Some of her involvement includes

In December 2018 she was given the lead of the children’s check-in stations where she oversees scheduling and recruiting. In January 2019, she and her husband were asked to be in the eldership program and by the end of 2019 they will be set-in elders at Calvary Church.

Melissa started volunteering at The Main Place in 2018 and is now serving on the board as secretary.  She is passionate about connecting and fellowshipping with other families and communities. She loves to give her time and attention to others because she believes those are the most important blessings, values, and gifts anyone can give. The Bible says God is looking for the willing, not the able, and one of her favorite verses is Colossians 3:23  which says, “And whatever you do, do it heartily, as to the Lord and not to men.”

Jodi has been volunteering her services to The Main Place from its inception, joining the Board  in 2016.  She called upon her creativity and skill as a graphic designer to create branding for The Main Place.  She crafts all of their marketing pieces, produces their e-newsletter and recently redesigned and is maintaining the website.

Jodi’s experience as a publicist for a local art school helped hone her innate talent of writing anything from press releases to brochures and flyers and other content necessary for the promotion of an organization. Her years working in the advertising industry—as an ad and printing sales rep, marketing consultant, copywriter, and creative—has allowed her to apply that knowledge and experience at The Main Place as their Director of Communications.

Jodi is a co-founder, a past president, and current board member of Irving Women’s Network and a former long time member and board member (including president) of the Women’s Division of the Greater Irving Las Colinas Chamber of Commerce. She previously worked with non-profits such as the Mammogram Foundation, Captain Hope’s Kids (now Hope Supply Co.), Brighter Tomorrows, and Advocates for Homeless Teens.

Shelly has been volunteering at The Main Place since 2010.  For the past 20 years, she has helped non-profits like St. Jude, Hope Supply, and Promise House by using her position in the sign industry to secure discounts or free signage when the opportunity presents itself.

Shelly served as treasurer for the Optimist Club and board member for Orphans Link before joining The Main Place board in 2015.  She seizes every opportunity to cultivate a servant’s heart in her son, often volunteering together with whomever she meets. When possible, she also volunteers at his school.  She is a constant voice for the causes she champions, bringing up the subject in conversation. She also enjoys fishing, traveling, and movie nights.  But most of all, she cherishes time spent with her family and friends.

A self-described community activist, Sharon, who is the Founder and Executive Director, has been a tireless volunteer for more than a dozen organizations dating back more than thirty years. She founded The Main Place in 2009 after starting a grass roots effort in 2006 and remains an integral part as executive director and active volunteer. She considers it her ministry to the women and children without advocates, family or financial support and also to the poor and those in need.

She graduated from Dallas Fashion Merchandizing College (presently The Art Institute of Dallas) and taught modeling and finishing at Patricia Stevens in Dallas. Sharon worked as an International Sales Coordinator for an international freight forwarding company traveling extensively throughout the United States and the Orient. She became an entrepreneur in 1981, founding Ads & Images, Inc., a company that provides graphic design, print media, promotional items, and sales incentives.

Sharon was one of five women who comprised the Advocates for Homeless Teens (2009-2017) acting as the mayor’s liaison for homelessness (2009-2011.) The Advocates dedicated themselves to educating the community about the invisible tragedy of homelessness and helping unaccompanied youth attend school and graduate. In 2003, she also helped co-found Irving Women's Network, a relational networking group and continues to serve on its board. She is a past president and current board member of ICAN—a clearing house of information about the less fortunate of Irving and the repsources available. In 2017, Sharon co-founded Level Pathways—protecting, preparing and positioning homeless teens for their future—and serves on the board of directors.  Sharon also cofounded The Alliance in 2021–a nonprofit collaborative comprised of three well established nonprofits:  All Things Made New, Crisis Ministries, and The Main Place.  Their purpose is collaborative trauma-informed co-case management, strategic partnerships and resources, and business development for other nonprofits who join The Alliance.  In 2013, Sharon was honored as one of the Exemplary Women of Irving and also named a Texas State Board of Education Hero for Children.

Sandy joined the board in the Fall of 2011.  With a degree in Computer Programming, organization seems to be her real skill.  She co-owned Party Pros, an event planning and catering company for 9 years. She enjoys working with Non-Profits that help shape the future of our community and our nation.  In the past, she was Secretary for the Optimist club of Irving, and as a member of the Northgate United Methodist Church, helped organize their “Back-To-School Uniform” project along with the NUMC Clothes Closet.  She partners with other non-profit organizations such as North Texas Make a Wish Foundation and Children at Risk with marketing & consulting through printed communications.